Wildlife lovers who do not want to destroy ecosystems also suffer from underground diggers - moles. But what if you don’t want to kill the animal, but there is no time to evict the “guest” for the 101st kilometer? You can try to scare away moles from your site instead of trap them. Mole Repeller easy to purchase in the store, but many summer residents prefer to make them with their own hands.

What can you make a mole repeller yourself:

The first three types of repellers do not require any special knowledge or skills. From plastic bottles, the maximum number of different repellers was invented.

The simplest version of a homemade repeller is a bottle worn on a pin. Suitable for empty beer cans. The pin must be stuck in the ground so that sound and vibration are transmitted into the mole passages.

The most difficult option is a mole windmill. To make it, you will need a one and a half liter beer bottle.

The bottle must be a "classic" beer form. That is, with a narrow elongated neck.

In addition to the bottle, you need good scissors, a marker, a self-tapping screw with a thread not reaching the hat, a nail, an awl and a stick for a windmill. With the maximum complexity of creating such a mole repeller from a plastic bottle, there are no visual schemes and drawings. There is only an extremely clear video.

When the wind blows, the propeller makes a rather nasty crack that moles are afraid of. The advantages of a windmill is that it will work in any direction of the wind. In fact, this is an ordinary weather vane.

Simplify your life and drive the mole from the garden not difficult.To do this, make a spinner from a plastic bottle to repel moles without any frills, mounted on a pin. The layout of such a turntable is below.

To enhance the effect, a metal pipe is instilled into the ground below the level of mole passages. A pin with a rattle from moles is lowered into this pipe and the pin is fixed in the pipe so that it does not hang. The pinwheel works almost like a windmill, but depends on the direction of the wind. Sometimes the wind cannot rotate the repeller if the direction of the air masses is different.

Favorite pastime in the country - to drink beer. And after beer there are many jars left. They can be used to make beer can repellers.

The simplest option is to put a can on a metal pin. A light tin will flutter under gusts of wind and bang on the pin. A little more complicated: hang the banks on the site on the ropes so that they knock on each other. The most difficult option is to make a turntable.

Turntables from such material turn out small and very light, but sonorous. A spinner from a beer can is made the same as from a plastic bottle: blades are cut out in it, which bend outward.

A very interesting version of the homemade "tin" repeller in the photo below.

Such a mole repeller already requires certain skills in assembling mechanisms. The upper "bowls" catch the wind and provide rotation of the windmill. Pieces of tin tied below bang on a metal pole dug into the ground.

It’s very simple to make a mole repeller from ordinary cheap battery-powered alarms. On alarms, they set different call times and put the clock in jars with twisting lids. The lids are sealed and banks are buried in different places in the garden. Moles cannot stand the alarm sounds that constantly sound from the ground and leave the site.

The second option with an alarm clock: place it in a half-meter pipe, dug vertically. Holes have been drilled at the bottom of the pipe for better sound distribution. This pipe looks like this.

The alarm is fixed on a wire so that it can be easily reached.

Of all mole repellers, alarms are one of the most effective ways. Only a repeller from the radio and speakers is better, but this type requires special knowledge.

Comparison of homemade and industrial repellers

Of the industrial mole repellers, ultrasounds are most popular. But according to reviews, not all of them are effective. Negatively speak about ultrasonic mole repellers Russian-made and praised by Japanese.

According to homemade scarers, they note that moles are little afraid of windmills and turntables, sometimes arranging a hole right next to the pin. Ringing alarms or constantly playing animals with modern music effectively get rid of moles from the site. 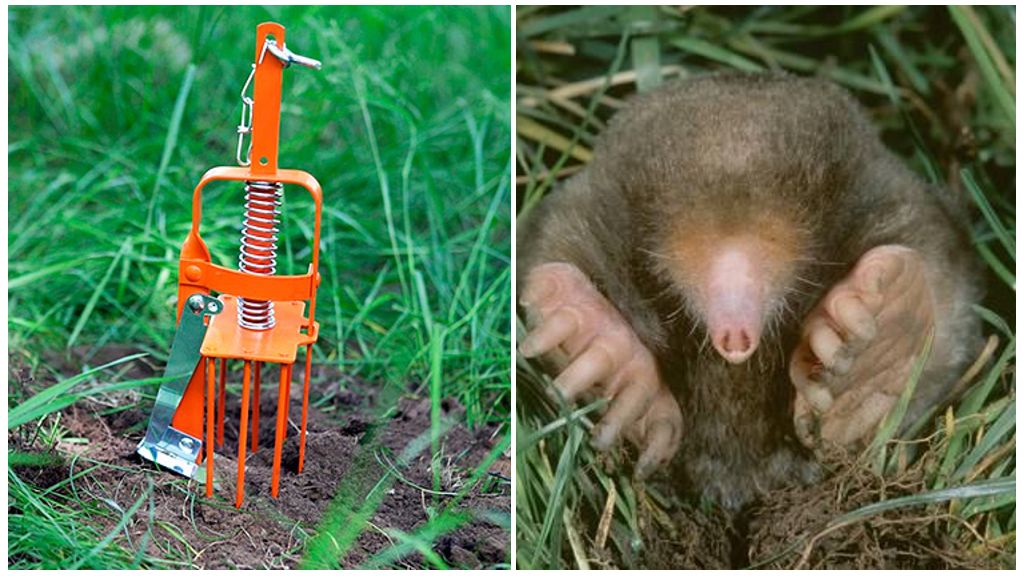 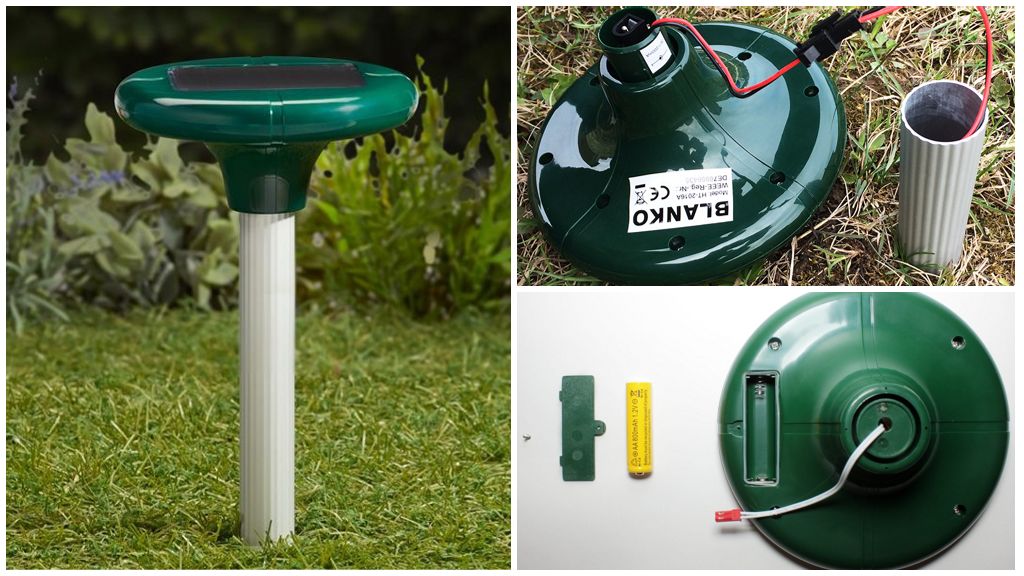 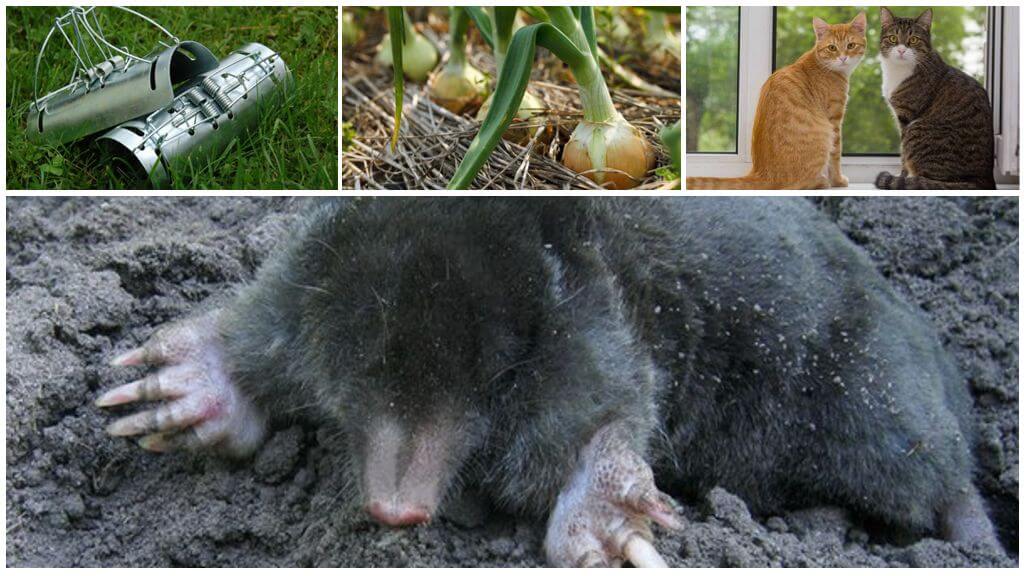 Funds from moles in the summer cottage and the garden