The species from the family of spider-webbed spiders enjoys not entirely deserved sad fame. The Karakurt spider received such fame for the reason that there are much more dangerous and poisonous species of arachnids. But in the Soviet Union he was considered for a long time the most poisonous spider in the world. There were then no developed means of communication and people knew little about the fauna of other continents and countries.

Karakurt spider (Latrodectus tredecimguttatus) belongs to the genus black widows. The name is of Turkic origin and is used in the CIS and the adjacent countries of Central Asia. The first part of the word “punishment” is not ambiguous and means “black”. The second part is usually translated as "worm". And in this there are doubts. Depending on how the first letter of the word “kurt” is written in Latin: k or q, the meaning of the word changes. In addition to “worm”, it can mean “bug” or “wolf”. The last two names are more suitable for a spider.

In Europe, tracing paper from the Latin name is more popular: a thirteen-dot widow. This name is based on the appearance of Asian karakurt.

Karakurt are steppe spiders who prefer dry terrain with warm winters. The territories inhabited by karakurt occupy the entire dry belt of the Eurasian continent: from Spain to the steppe part of China.

In Russia, the northern boundary of the distribution of karakurt is 50 ° s. w. But in the hot summer, these spiders were also found to the north. They came across even on the shores of Lake Onega.

With a high degree of probability, arthropods did not penetrate to the north themselves, but with the help of humans. They cannot take root there and die in the winter.

In Central Asia, 3 types of karakurt live in one territory at once:

Thirteen-point divided into 2 subspecies: Asian and European. The second name of the latter is a European widow.

Karakurt are medium sized spiders. The body of the female is 1 to 2 cm long. The male is only 4-7 mm in size. The female has a very large, almost spherical abdomen and long paws sticking out from under it. In the photo of the spider karakurt, you can see that walking paws 8 and the longest are the first and last pair. On the back surface of the abdomen are spider web warts, through which the silk thread is released into the external environment.

The cephalothorax seems very small compared to the body. But the spider has very powerful chelicerae, designed to bite through the chitinous shell of large locusts.

In this regard, karakurt is no different from others. species of spiders. In the cephalothorax are located:

The heart of the spider is in the abdomen, like all other organs:

The genital opening and the receptacle are located on the lower side of the abdomen, closer to the cephalothorax.

European and Asian subspecies Latrodectus tredecimguttatus differ from each other in the color of spots on the abdomen. The Asian has large red spots in the amount of 13 pieces. Sometimes these spots are outlined by a white border. The European subspecies has weak white spots.Both subspecies coexist on the same territory and often interbreed.

In Central Asia, Latrodectus tredecimguttatus shares its range with two other species: Dahl karakurt and white karakurt. The photo and description of these spiders coincides almost completely. The exception is color. Karakurt Dahl - black without any marks. White karakurt is the only light representative of the genus of black widows and the color of its abdomen is really white. The cephalothorax is light brown.

White Karakurt is the least poisonous representative of the genus of black widows.

Karakurt can hunt both at night and in the daytime. His spider web irregular shape like orbiting spiders, and a messy pile of hunting threads. The web is also oriented not like other snares - vertically, but in a horizontal plane. The main prey for spiders is locusts and grasshoppers. These invertebrates usually travel on land. Arranged horizontally near the habitat of the arthropod web is better suited for catching such game. The karakurt itself can wait for the victim, sitting in a shelter above the web. For housing, Karakurt chooses rodent holes or vents of ventilation systems.

Karakurt are prolific. The female can lay 1000-1300 eggs per year. Once every 10-20 years, an outbreak of arthropods occurs.

Karakurt life is less than a year. Juveniles released in April from eggs become capable of breeding in June. At this time, spiders begin to migrate, looking for secluded places protected from heat. In shelters they weave temporary nets for mating.

After fertilization, the female eats the male and goes in search of a suitable place where she can lay eggs. Having found a suitable shelter, the spider hangs in it 2-4 cocoons with eggs. In April, the hatched young on the cobwebs scatters to new habitats.

In the same area, that is, throughout Eurasia, there are spiders resembling karakurt in appearance and size. These are webbed spiders from the same Theridiidae family as karakurt. But they belong to the genus steatode. Since steatodes look almost like karakurt, they got the unofficial name of “false widows”.

A large steatode (Steatoda grossa) has pale light spots on its abdomen, similar to the color of the European subspecies of karakurt.

The color of the abdomen at steatode can be:

Because of the latter, the steatode is also mistaken for a poisonous spider karakurt. But the steatode is not so poisonous, and her bite does not entail serious consequences. According to the initial signs: increasing pain, sometimes nausea and headache - the effect of the poison of steatode and karakurt is similar. This also makes it difficult to distinguish one spider from another. But from the poison of the steatode, the body can recover on its own in a few days.

A male karakurt is not dangerous to humans, as it is not able to bite through the skin. The female bites to a depth of 0.5 mm. The venom of these arthropods rarely leads to death, especially after the appearance of anti-Karakurt serum, but a lot of discomfort to the victim is provided.

Females are not aggressive and attack only when threatened. But a threat they can consider the accidental grazing of the web.

Camels and horses are especially sensitive to poison.

But sheep can be used as an anti-Karakurt weapon. They are insensitive to poison and trample the nests of spiders on pastures.

The action of the poison is instant. A burning pain appears at the site of a karakurt bite, which spreads throughout the body within 10-15 minutes. Very severe pains appear in the chest, abdomen and lower back. A spasm of the abdominal muscles occurs. There are signs of general poisoning of the body:

Later, you may notice a delay in urination and defecation. In the later stages, nervous excitement gives way to severe depression. Perhaps the appearance of delirium and blurred consciousness. Death is rare, but it cannot be ruled out.

Treatment is carried out in a hospital. In the absence of anticaracourt serum, novocaine, magnesia and calcium chloride are intravenously administered. The victim still needs to be brought to the hospital and for this you need to know what to do if he bit a karakurt somewhere far from civilization.

First aid can be provided only during the first 2 minutes. The affected area is burned with a burning match. Under the influence of high temperature, the poison is destroyed. But in this case, the victim must be taken to the hospital as soon as possible. 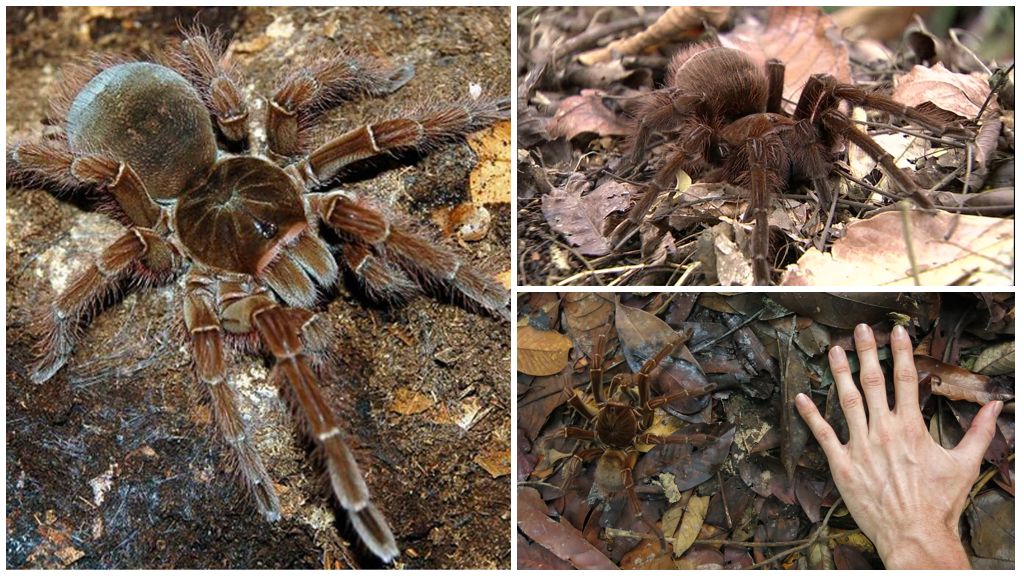 Description and photo of the goliath tarantula spider 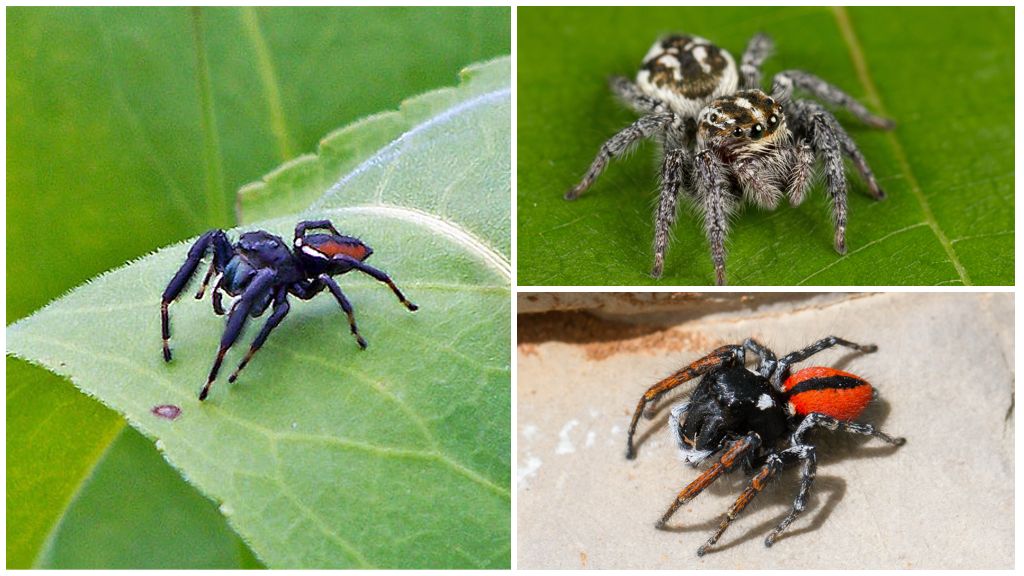 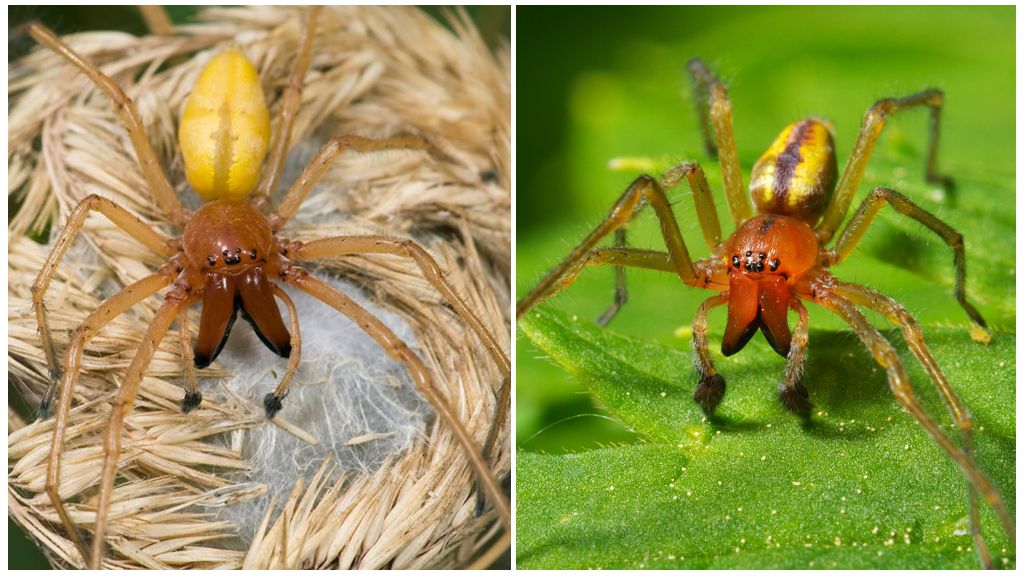 Description and photo of the spider Sak (Heyrakantium) 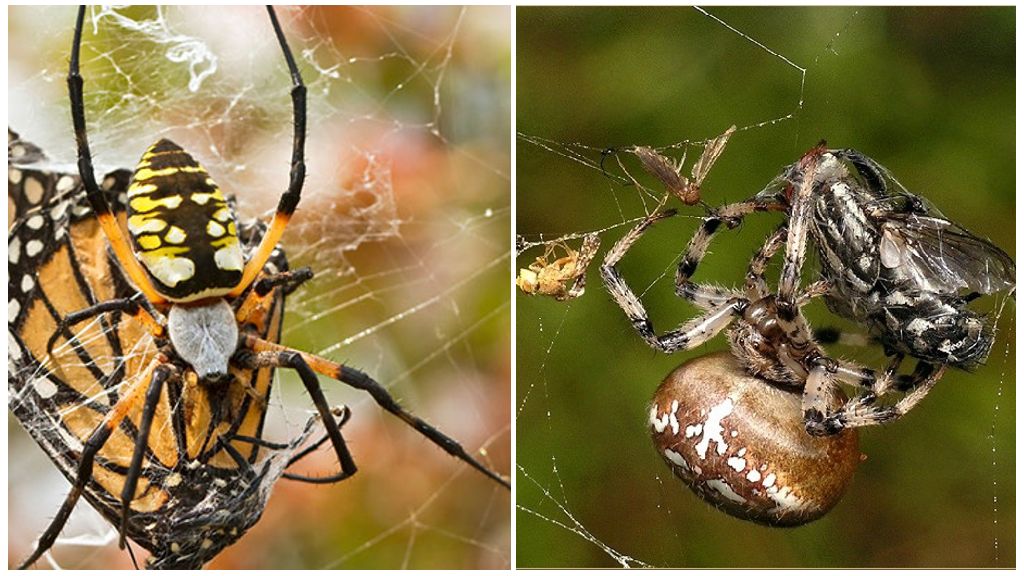